Gang members have been jailed for more than 19 years in total after they hacked a businessman’s email account and attempted to steal £ 3million.

The men were sentenced at Southwark Crown Court on June 21, 2019.

The court heard how the group hacked their victim’s email account.

This allowed them to send emails without his knowledge and prevented him from seeing messages from his accountant and bank.

In January 2015, they sent false invoices in several emails to the victim’s bank, requesting payments totaling around £ 1.3million from account numbers belonging to the gang.

The men were arrested following a four-year investigation that saw the Met’s cybercrime team examine thousands of pieces of evidence.

More than 50 electronic devices, including computers and cellphones, were seized in raids on their addresses.

The investigation revealed that Mohammed Siddique, 32, had laundered £ 600,000. Officers found stolen bank cards and three checks worth up to £ 51,000 at his home.

There were also 1,000 passports and bank cards on his computer used to create false identities.

Meharoof Muttiyan acted as the group’s mule by transferring the money to the bank accounts of a gas station, insurance company and IT company owned by the gang. 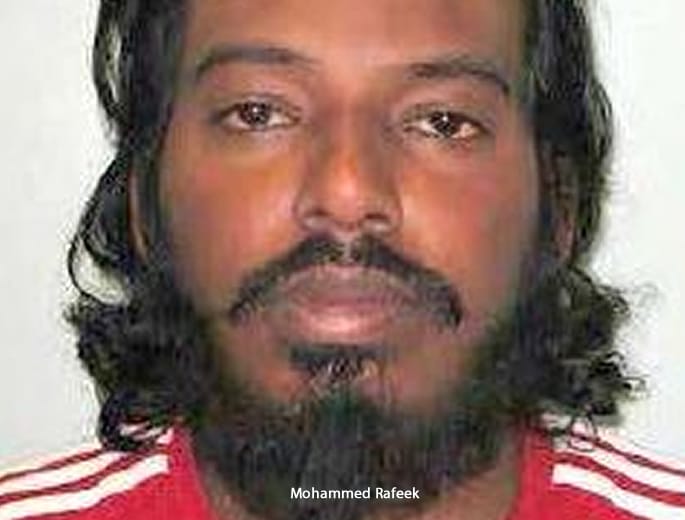 In May 2019, the gang was convicted of money laundering.

A fifth man, Anthony Oshodi, 49, of Eltham, London, has been convicted of money laundering, possession of a false identity document and items intended to be used in fraud.

However, Oshodi fled three weeks after the trial began. In his absence, he was imprisoned for six years and six months.

Foyjul Islam, from Poplar, and Mohammed Rafeek, from East Ham, were each jailed for two years and six months.

Meharoof Muttiyan, 35, of East Ham, was sentenced to one year and eight months in prison.

Mohammed Siddique, 32, of Dagenham, was sentenced to six months in prison.

He said: “The officers in charge of this case have spent years tracking down the actions of this group in order to bring them to court.

“They went through thousands of pieces of evidence and linked every suspect to this fraud.”

“Oshodi fled three weeks after the start of this trial, but due to the level of evidence produced against him, the jury was able to convict him in his absence.

“We will continue to prosecute Oshodi and bring him to justice for his role in this crime.

“I would ask anyone with information about his fate to contact the Cybercrime Unit directly on 0207 230 8475.”

The times studied for email hacking